Booming demand for Samsung’s memory chips and the success of its latest smartphone have led the Korean electronics giant to forecast record quarterly profits.

However, the company’s buoyant financials were cancelled out by warnings that the chip boom of the last 18 months is peaking, leading the company’s shares to fall slightly.

Samsung Electronics, the biggest and best known part of the Samsung corporate empire, predicted that operating profits had reached 15.6 trillion won (£10.4bn) in the first three months of 2017, up 58pc year-on-year. 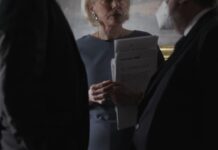 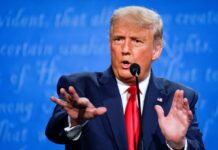 English Open: Ronnie O’Sullivan or Judd Trump: Who is the best...

How does Europe compare with the US on gun ownership?

Britain’s Hunt says: I am not a believer in a post-Brexit...

How Brazil and Vietnam are tightening their grip on the world’s...

Tesla deliveries drop due to challenges shipping to Europe and China

Tech April 4, 2019
We use cookies and similar methods to recognize visitors and remember their preferences. We also use them to measure ad campaign effectiveness, target ads and analyze site traffic. To learn more about these methods, including how to disable them, view our Cookie Policy. Starting on July 20, 2020 we will show you ads we think are relevant to your interests, based on the kinds of content you access in our Services. You can object. For more info, see our privacy policy. By tapping ‘accept,‘ you consent to the use of these methods by us and third parties. You can always change your tracker preferences by visiting our Cookie Policy.OkPrivacy policy