EU trade commissioner Phil Hogan is under pressure to resign after it was revealed that he broke Irish coronavirus rules last week when attending a golf society gala in Galway.

Hogan has apologised but he remains in his job.

That is in contrast to Ireland’s agriculture minister, Dara Calleary, who quit over his attendance of the event last week, which came just a day after Dublin announced a tightening of coronavirus restrictions.

So what are the ethical standards that commissioners like Hogan are held to that have so far allowed him to keep his job?

“European Commissioners are independent from their governments,” explained Alberto Alemanno, a professor of European law at HEC Paris, an international business school.

“They are not national politicians, but, in their actions, they are subject to specific rules which require them to observe the highest standard of ethical conduct and respect the dignity of their office.

“So the question today is whether breaching — as Phil Hogan apparently did — a COVID restriction qualifies as a breach of such ethical rules.”

The Code of Conduct for the Members of the European Commission is vague on ethical breaches, which is why there is a conflict over the issue.

The interpretation of what defines “integrity, dignity” and the “highest standards of ethical conduct” is left completely open to the European Commission President, Ursula von der Leyen.

There’s no doubt though that coronavirus measures have put the institution’s ethical standards into uncharted territory.

However, Von der Leyen’s spokeswoman said any talk of sanctions is premature.

“It is absolutely premature to discuss about any sanctioning or anything like that… we would also need to understand the conditions in which these moves took place,” Dana Spinant, the European Commission’s deputy chief spokeswoman, told reporters.

If the decision lies ultimately with the Commission President, then who are EU Commissioners actually accountable to? Alemanno says to all European Citizens.

However, he says that the current European ethics system “only holds them accountable vis-a-vis the President of the European Commission who is their boss in a way”. This makes the president the only one who can interpret and enforce those ethical rules.

“We need to set up an independent ethics body urgently, as promised by Ursula von der Leyen when she came to power a year ago,” said Alemanno.

There’s no vaccine for the infodemic – so how can we combat the virus of misinformation? 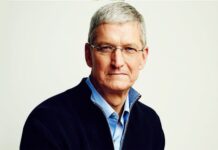 ABOUT US
Globetelegraph is your news, entertainment, music fashion website. We provide you with the latest breaking news and videos straight from the entertainment industry.
Contact us: contact@yoursite.com
FOLLOW US
© Globetelegraph.com 2020
MORE STORIES

EU wants to step up fight to protect children from sexual...

May 28, 2019
We use cookies and similar methods to recognize visitors and remember their preferences. We also use them to measure ad campaign effectiveness, target ads and analyze site traffic. To learn more about these methods, including how to disable them, view our Cookie Policy. Starting on July 20, 2020 we will show you ads we think are relevant to your interests, based on the kinds of content you access in our Services. You can object. For more info, see our privacy policy. By tapping ‘accept,‘ you consent to the use of these methods by us and third parties. You can always change your tracker preferences by visiting our Cookie Policy.OkPrivacy policy