He was arrested in November after the allegations first surfaced.

Mr Ghosn, who headed a Renault-Nissan-Mitsubishi alliance, has previously denied the accusations.

Media reports also said prosecutors had charged Nissan in relation to the case.

Monday was the last day Mr Ghosn could be held by authorities before he either had to be charged or released. Mr Ghosn has been re-arrested on separate charges, Japanese broadcaster NHK said.

Brazil-born Mr Ghosn, aged 64, was the architect of the Renault-Nissan alliance, and brought Mitsubishi on board in 2016. He has in the past been hailed a hero in Japan for turning around the ailing Nissan.

Nissan  and and Mitsubishi both sacked Mr Ghosn as chairman after the arrest last month.

Renault said at the time Mr Ghosn would remain as its chairman and chief executive, but has appointed a temporary deputy chief executive  to take over the running of the firm.

Despite selling fewer vehicles, Renault has a 43% shareholding in Nissan, while Nissan’s stake in Renault is only 15%.

Nissan holds a 34% stake in Mitsubishi, but has effective control of the company.

With a nation in crisis, pressure builds on Biden to deliver 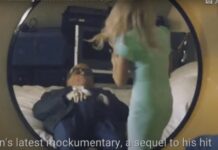 Coronavirus may have infected 10 times more Americans than reported, CDC...

ABOUT US
Globetelegraph is your news, entertainment, music fashion website. We provide you with the latest breaking news and videos straight from the entertainment industry.
Contact us: gt@globetelegraph.com
FOLLOW US
© Globetelegraph.com 2020
We use cookies and similar methods to recognize visitors and remember their preferences. We also use them to measure ad campaign effectiveness, target ads and analyze site traffic. To learn more about these methods, including how to disable them, view our Cookie Policy. Starting on July 20, 2020 we will show you ads we think are relevant to your interests, based on the kinds of content you access in our Services. You can object. For more info, see our privacy policy. By tapping ‘accept,‘ you consent to the use of these methods by us and third parties. You can always change your tracker preferences by visiting our Cookie Policy.OkPrivacy policy